New research published in JAMA Psychiatry attempts to tease these differences apart. Dr. Daniel Davis and colleagues from the University College London, sought to understand whether accelerated cognitive decline observed after delirium is independent of the pathological processes of classic dementia (i.e. neurofibrillary tangles, amyloid plaques, vascular lesions, and Lewy bodies). Their recent paper showed that delirium or dementia-related pathology essentially doubled the rate of cognitive decline. Moreover, individuals with both delirium and the highest levels of dementia-related pathology had the fastest cognitive decline. These results supported their hypothesis that delirium and dementia have both independent and synergistic effects on cognitive decline.

Delirium or dementia-related pathology was found to double the rate of cognitive decline.

The study analyzed 987 autopsied brains from three population-based cohort studies from which patients had longitudinal cognitive evaluation prior to death. This is the first study to examine delirium and the pathologic correlates of cognitive decline at the end of life in the general population. An editorial by Dr. Tamara Fong from Harvard Medical School, which was also published in JAMA Psychiatry, noted several important strengths of this study including that the substantial sample size, length of follow-up, and availability of neuropathologic data “are unprecedented in the field of delirium research.”

The results of this study suggest that delirium represents a potentially independent but also interrelated pathological pathway to chronic cognitive impairment and dementia. Because delirium is preventable in 30-40% of cases, delirium prevention could be an important avenue to slow or prevent cognitive decline in older adults. 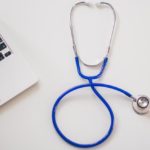 These findings also suggest that additional unmeasured pathologic processes specifically relate to delirium, rather than delirium only affecting cognitive decline through dementia-related pathological processes. An important next step, therefore, will be to better understand which biological processes and pathways are specific to delirium-related cognitive decline. This could be an important area of study to eventually develop targeted behavioral and pharmacological interventions.

This post was contributed by Annie Racine, PhD, MPA, Postdoctoral Research Fellow at Harvard Medical School/Institute for Aging Research, Hebrew Seniorlife. If you are interested in contributing to this blog, please contact us.