Bill hasn’t been himself, and his family is very concerned. A retired professor, Bill seemed to do very well after his stroke, and was in good spirits and clearly on the road to recovery during the first two days of his hospitalization on a stroke unit. On the third day after the stroke, however, as he and his family were organizing his transfer to a rehabilitation hospital for the next steps in his care, things abruptly changed. When his wife came to see him one evening, Bill was lying in bed, looking at his dinner tray with great anxiety. “Why are they doing this to me?” he kept repeating. His paralyzed left arm was folded in what seemed to be an uncomfortable way behind him, and his wife thought if she helped him reposition himself, that would help. Even after she helped him readjust in bed, however, he kept moving around restlessly. Several times as Bill and his wife sat together, he seemed to be startled by something, even though the room was peaceful. 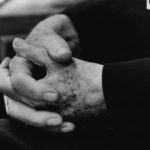 Bill’s wife was afraid he had had another stroke, and she called for the nurse; both the nurse and a doctor covering the hospital that evening examined and spoke to Bill. After a thorough assessment and some tests were finished, the team assured her he was doing fine. “A lot of people who have a brain problem get confused,” the doctor said. Three days later, Bill was discharged to the rehabilitation hospital on schedule, but his wife noticed he still didn’t usually know the time, or the day of the week. He seemed mixed up about where he was and who he was with, calling the occupational therapist by his daughter-in-law’s name. During therapy, he refused to do visual coordination exercises, or get up to practice walking, saying the therapists were “being silly.” Once, he tried to sit right on the floor when the therapist stood him up; Bill’s wife was embarrassed by his childish behavior. It was hard for her, and Bill’s son, to take the reassurances of the therapists, doctors and nurses to heart. Will Bill really get better? How can his brain possibly be recovering, when the way he is acting seems to be so abnormal? They feel ashamed and betrayed that problems with thinking are affecting Bill, who has always been an intelligent, dignified man. 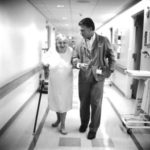 Both delirium and stroke are problems with the function of organized networks of cells in the brain. Unfortunately, just as delirium is a hidden disability of thinking and mental processes, other hidden disabilities, such as communication, memory, or visuospatial problems can be directly caused by a stroke. However, not every person with hidden mental disabilities after stroke has problems with attention, fluctuating thinking ability, organization of thought process, and wakefulness that define delirium. Our clinical and research group of collaborators at The Kessler Foundation Stroke Rehabilitation Research Program, as well as other groups around the world, collected evidence that delirium is a medical complication that can occur even days or weeks after a stroke, and during rehabilitation. At presentations we made at the International Stroke Conference in Houston in February, 2017, and at the World Congress of International Society of Physical Rehabilitation Medicine in Malaysia in 2016, we summarized our surveys, revealing 17-26% of stroke patients experience delirium during the first weeks after stroke, during intensive rehabilitation. Although some symptoms of delirium and stroke-related thinking problems are similar, when we looked in depth at what happened during testing, overlapping test items did not seem to account for their errors. It seemed that the people in our surveys truly had two different brain problems: stroke, and delirium.

Some clinicians assume that delirium in people with stroke will always go away after a day or two. However, the people in our surveys had symptoms of delirium later, sometimes weeks after their stroke event. Our group became concerned, because many stroke survivors are not evaluated for delirium symptoms at this recovery stage. It is feasible to do so: our clinical partners have been able to complete delirium screening in > 95% of stroke patients admitted to our rehabilitation hospital. Further, it’s very relevant to care: people with stroke were affected by delirium more than five times as often as people who had other problems requiring rehabilitation. An organized system to manage and treat delirium during rehabilitation might be very helpful, because people in the rehabilitation hospital who had delirium after stroke also made less progress in their paralysis rehabilitation. Although we don’t know exactly what obstacles stood in the way of their progress, we wonder if behavior issues, confusion, and even alertness and sleep problems caused by delirium were mistaken for routine consequences of stroke. In that case, their therapy programs may not have been tailored to maximize their mobility and give them the right amount of challenge to gain movement and independence.

Rehabilitation hospitals are staffed by experienced, specialized professionals who are expert in getting people moving who have physical limitations, and we also have special equipment that is not available in any other setting. However, we need to coordinate these resources with sophisticated evaluation of hidden disabilities of mental function. What is the potential payoff for training rehabilitation staff in routine delirium assessment for stroke survivors? Once every person who has delirium after stroke can be identified, we can increase the impact and value of rehabilitation care.