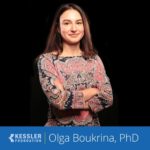 Delirium is a multicomponent syndrome produced by a set of unique vulnerabilities (e.g., infection, advanced age, decreased cognitive functioning) and compounding causes (e.g., circadian dysregulation, oxidative stress, neuronal aging). The contribution of each individual factor and their interactions present a complicated picture, but unifying themes in this line of research have begun to emerge.

In the new view of delirium, the central neural system’s (CNS) arousal network likely plays an important role. The CNS arousal network, sometimes called the ascending reticular activating system (ARAS) initiates and maintains wakefulness and arousal. Its role in delirium was proposed decades ago by Ross (https://www.ncbi.nlm.nih.gov/pubmed/1687443) and Mesulam (https://psycnet.apa.org/record/2000-07493-003), because of its relationship to the cardinal symptoms of delirium: disturbance of arousal and attention, and dysregulation of sleep and wake cycle. Reduced availability of some neurotransmitters (e.g., acetylcholine) and increased release of others (e.g., dopamine) in delirium may be associated with ARAS dysfunction. This feature of the ARAS is consistent with longstanding recognition that drugs that reduce acetylcholine are among known risk factors for delirium. Connectivity between the ARAS and the cerebral cortex plays an important role in transitioning from one arousal state to another, for example from a relaxed awake state to sleep; sleep disturbances are also a well-recognized manifestation – or cause of – delirium.

Direct evidence for the role of the CNS arousal network in delirium comes from a functional neuroimaging study (fMRI) monitoring patients during and after an episode of delirium (https://www.ncbi.nlm.nih.gov/pubmed/22549209). Compared to healthy participants, patients experiencing an episode of delirium had a reversible disruption of connectivity between the components of the ARAS (basal forebrain and the thalamus), which returned to baseline after the episode. Structural integrity of these same components measured with diffusion tensor imaging could be used to reliably predict if a patient will develop delirium after elective surgery (https://www.ncbi.nlm.nih.gov/pubmed/26920674).

Ample evidence connects the functioning and integrity of the CNS arousal network to the cognitive and motor symptoms and their physiological effects observed in delirium, and may open a path to developing new treatments.

For example, physostigmine, a drug that inhibits the activity of the enzyme that breaks down acetylcholine (acetylcholinesterase, AChE), has been shown to be effective against delirium resulting from drug overdose. It may also help to treat delirium resulting from other causes, because acetylcholine deficiency is thought to be a contributing factor to all causes of delirium (https://www.ncbi.nlm.nih.gov/pubmed/18693233). However, the exact dosing strategy for this drug requires further research (https://www.ncbi.nlm.nih.gov/pubmed/26589572). Another drug with a similar inhibiting effect on AChE, rivastigmine, is used in the treatment of dementia and has shown some promise in alleviating delirium. A pilot study (https://www.ncbi.nlm.nih.gov/pubmed/18803862) reported that 3-12 mg of rivastigmine daily reduced delirium severity when administered to 16 acute stroke patients with severe delirium.

However, other studies of AChE inhibitors provide inconsistent results. One study showed that rivastigmine combined with haloperidol increased delirium severity and mortality in ICU patients.  Others show that rivastigmine may be helpful in delirium associated with Alzheimer’s disease, vascular dementia, or stroke in non‐ICU settings. Yet another AChE inhibitor, donepezil, has been used for delirium prevention (https://www.ncbi.nlm.nih.gov/pmc/articles/PMC6513030/). Clearly, more randomized controlled clinical trials are needed to clarify the impact of using these treatments in a particular patient group, optimal dosing, and potential drug interactions. Furthermore, clinical research on the therapeutic impact of modulating other neurotransmitter systems on the incidence, duration and severity of delirium is necessary.

In addition to pharmacological treatments, neurophysiological stimulation may be able to produce a broad impact over the entire arousal network. For example, deep brain stimulation of the ARAS is being explored as treatment for patients with prolonged coma, however no clear effects of this treatment have been shown to date (https://www.ncbi.nlm.nih.gov/pmc/articles/PMC2858870). As an alternative, noninvasive brain stimulation either via a weak direct current (tDCS) or repetitive magnetic stimulation (rTMS) can be applied to the skull to target various brain regions. TDCS and rTMS are emerging treatment options for many neurological and psychiatric conditions, including mood disorders, stroke, and Parkinson’s disease. Peripheral nerve stimulation may also be considered as it was shown alter cortical arousal states (https://www.ncbi.nlm.nih.gov/pubmed/30450796). Thus, noninvasive brain stimulation and peripheral nerve stimulation targeting regions associated with CNS arousal may be considered in patients with persistent and severe delirium, however research showing potential benefits of these treatments is needed.