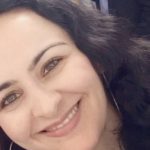 Delirium is a frequent and malignant aggravation succeeding stroke1,2, with an estimated occurrence ranging from 2 to 66%3,4. It may be a direct consequence of stroke itself and an infrequently stroke-unique manifestation. Moreover, delirium may be secondary to stroke complications, like infections, seizures, metabolic disturbances, and hypoxia. Finally, delirium may be associated with preexisting cognitive decline, such as underlying dementia, and is related to poor prognosis4,5,6.

Delirium pathophysiology in stroke patients is still largely unknown6. Complementary hypotheses have been suggested to elucidate the mechanisms that culminate in post-stroke delirium. These theories include conditions that can change the functional brain network integrity7.

A key theory in delirium pathophysiology is the neuroinflammatory hypothesis (NIH).  According to the NIH, delirium reflects the central nervous system (CNS) manifestation of a systemic disease that has passed over the blood‐brain barrier. It suggests that peripheral inflammatory processes induce activation of brain parenchymal cells, expressing inflammatory cytokines and other inflammatory mediators in the CNS, such as:

Inflammatory changes are followed by neuronal and synaptic dysfunction and subsequent neurobehavioral and cognitive symptoms representative of delirium8.

Stroke pathophysiology is very dynamic: the delayed processes that occur during the days and weeks after the event can cause additional deterioration or impaired recovery and rehabilitation in the subacute and chronic phases. Neuroinflammation is a component of these processes. There is evidence of cytokines’ role in the pathophysiology of stroke, mainly IL-1, IL-6, and TNF9. Cytokine evidence is consistent with transient post-stroke immunodepression10 and coincides with the proposed NIH for delirium7. This is important because whereas cytokine synthesis in healthy brains can lead to minimal injury, in a vulnerable stroke brain, cytokines may induce neurotoxic degeneration, mainly in the cholinergic pathway11.

Acetylcholine (ACh) is a neurotransmitter widely distributed in the CNS and participates in several crucial neurophysiological processes, such as wakefulness, attention, learning and memory, motor components of behavior, mood, thought, perception, orientation, and induction of REM (rapid eye movement) sleep14,15. ACh is produced by diverse brain regions and brain stem neurons that project through divergent cholinergic pathways to the neocortex, hippocampus, and thalamus13.

One of the many causes of delirium in stroke patients is the increased endogenous anticholinergic substances production during acute illness5. Besides, ACh synthesis is exceptionally vulnerable to disturbances in brain metabolism. Stroke is characterized by global metabolic deficiencies, an essential trigger for delirium. Cerebral ischemia causes an acute surge of ACh. Perhaps this occurs due to decreased removal by impaired circulation. The cholinergic deficiency that comes after may stay for weeks and has been hypothesized to be a consequence of inefficient ACh synthesis, release, or uptake originated by the brain damage. This deficiency coexists with delirium symptoms onset after the acute neurological damage. Additionally, stroke patients are particularly susceptible to delirium, for example, after getting antimuscarinic drugs11.

Other neurotransmitters disorders have been implicated in delirium post-stroke, especially those related to dopamine, serotonin, norepinephrine, melatonin, histamine, glutamate, and gamma-aminobutyric acid (GABA).8,11,15,16,17

The neuroendocrine hypothesis suggests that delirium constitutes a physiological reaction to acute or chronic stress, mediated by abnormally high glucocorticoids (GC) levels. Furthermore, after some time, repeated or prolonged high GC levels harm neurons’ ability to survive after many metabolic insults, causing a general vulnerability in these neurons8. There is a close relation between delirium and hypercortisolism in patients with stroke: hypercortisolism can mediate delirium by acute cerebrovascular insult18.

A brain ischemic event is designated by an inadequate blood provision to the brain, and it can affect the brain entirely (global ischemia) or partially (focal brain ischemia). Normally, the reduced blood flow is due to the obstruction of the blood vessels that bring blood to the brain. Neurons are dependent on oxygen, glucose, and the removal of metabolic waste to maintain function and survive. The brain tissue is especially vulnerable to reduced blood flow, as it has a high metabolic demand, and a lack of anerobic metabolism and glycogen stores19.

In focal brain ischemia, decreased delivery of glucose and oxygen is followed by an energy failure that produces a time-dependent cascade of metabolic and functional alterations in the hypoperfused area. Thus, infarction arises quickly in the most critical ischemia area. The central part of the infarct enlarges at the expense of the surrounding hypoxic tissue. This happens from the center to the periphery of the hypoperfused area during a fluctuating period of time. The term “ischaemic penumbra” is used to nominate the functionally impaired zone that surrounds the infarct core and is threatened by necrosis20. After a stroke, hypoxia within the penumbra can continue for 48 hours21. Hemorrhagic strokes also include a hypoxic component in the tissue surrounding the hemorrhagic injury, with cells seeking for oxygen22. Cerebral ischemia and irreversible brain injury can occur with brain vasospasm, reduced cerebral blood flow, or loss of cerebrovascular regulation, and damage brain tissue oxygenation23.

The blood flow cessation and the succeeding oxygen-glucose deprivation during an ischemic event are responsible for neuronal death via a cascade of events, as adenosine triphosphate (ATP) consumption, waste of metabolic function, and increased acidosis, cytotoxic efflux of glutamate from neurons, ionic imbalance (as increased intracellular calcium), oxidative stress, and inflammatory processes activation19. In recent times, there has been significant evidence to propose that oxidative stress associated with the abundant synthesis of reactive oxygen species (ROS) is a primary and crucial process of ischemic brain damage in stroke and reperfusion injury derived from a stroke24.

Therefore, consequences of hypoxia include a deleterious effect on brain cells and the loss of structural integrity of brain tissue and blood vessels25 making the brain tissue more susceptible to cytokines. Moreover, hypoxia is associated with a reduced ACh synthesis and release, notably in the basal forebrain cholinergic centers. The cholinergic neurotransmission is sensitive to metabolic insults, such as diminished glucose and oxygen availability. Besides, a depletion in cerebral oxygen and glucose supply and deficiencies in enzyme cofactors (as thiamine) may lead to delirium by impairing ACh production. Finally, hypoxia can also lead to norepinephrine and histamine excess8. In sum, decreased brain perfusion in hypoxia deranges neurotransmission, which may be the cause of delirium26.

On the other hand, post-stroke patients are at the risk of hypoxia because of some abnormal features in respiratory function, as hypoventilation, aspiration pneumonia due to impairments in swallowing, airway obstruction, atelectasis, patient position, changes in the central regulation of breathing, Cheyne-Stokes respiration, and respiratory muscle dysfunction. Sleep apnea syndromes, pulmonary embolism and cardiac failure are less common but relevant treatable causes25,27-30.  Hypoxia succeeding stroke is frequent: more than 60% of post-stroke patients have at least one episode of hypoxia.  It may be especially more prevalent nocturnally27 .

No predictive model exists to recognize patients who will present delirium post-stroke17. The predisposing risk factors of delirium are well recognized, and some (such as age, visual impairment, renal impairment) may be risk factors for stroke or sequelae of stroke6,31,32.

Apart from the common delirium precipitating risk factors, risks for delirium post-stroke may depend on various factors peculiar to the disease4. Post-stroke delirium is probably dependent on brain area affected by the stroke, stroke extension, stroke type, the extent of cerebral hypoperfusion, cerebral edema post-stroke, and development of clinical complications post-stroke, as aspiration or infection, for example6,16,17.

Literature suggests a high incidence of delirium in severe strokes6. With respect to stroke location, delirium has been described in patients with lesions embracing structures related to memory, attention, and emotional behavior6: anterior or dorsomedial thalamus; uni and bilateral posterior cerebral artery territory, bilateral anterior cerebral artery territories, inferior part of the genu of internal capsule, caudate nucleus, and middle cerebral artery territory, especially the frontostriatal region and middle temporal gyrus6,31. Furthermore, lesions in the right hemisphere may be associated with higher incidence of delirium than lesions in the left hemisphere.

In relation to stroke type, delirium seems to be more frequent in patients with intracerebral hemorrhage compared to ischemic stroke. It can also occur after subarachnoid hemorrhage. Basofrontal injuries may include involvement of the cingulum, frontal projections of the thalamus, the septal area, and the Meynert nucleus, causing disruption of the cholinergic projections to the hippocampus and the cerebral cortex. Besides, structures near to the lateral and third ventricles (as fornix, anterior and medial thalamic nuclei, mammillary bodies, caudate and hippocampus) are relevant in memory, attention, and executive functions6.

Regarding the etiology, delirium seems to be more frequent in patients with cardioembolic stroke and total anterior circulation infarction4,17.

The brain basis of post-stroke delirium is complex, poorly understood and a relevant research object as, in post-stroke patients, behavioral testing is challenging due to cognitive impairment34. A better comprehension of delirium pathophysiology, including studies involving biomarkers33 and neuroimaging34, may help us identify better prevention and treatment strategies.